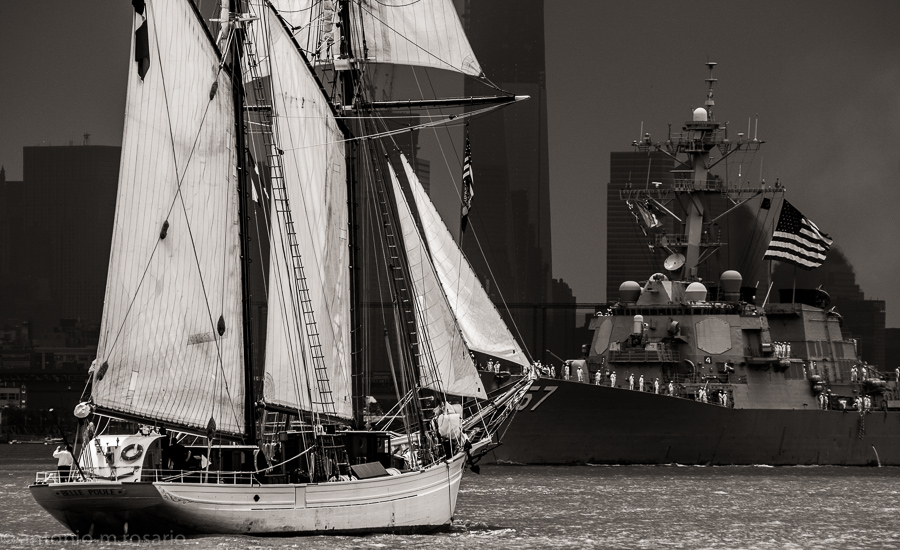 A black & white version of a shot I did during Operation Sail earlier this year. I think it works really well as a B&W. 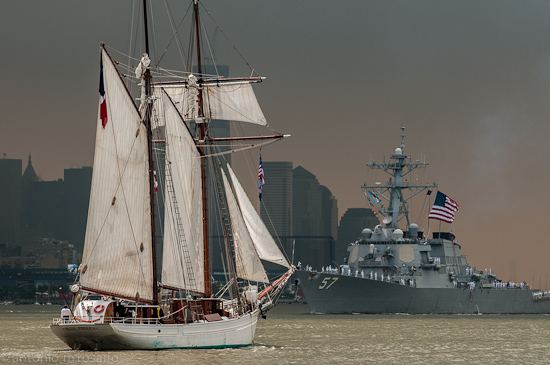 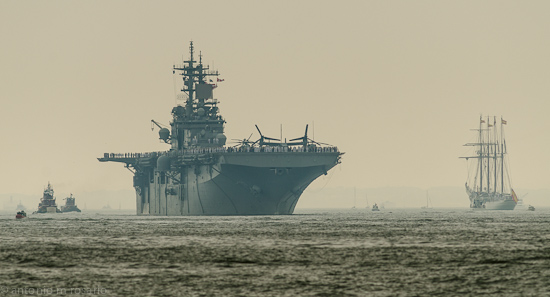 I was on the fireboat J.J. Harvey yesterday, with my friend Jean, shooting all the tall ships and military vessels arriving in New York for Operation Sail 2012. This is a shot of the assault carrier USS Wasp adjacent to a Spanish tall ship (not sure of the name yet)....