This Shot Was Almost Deleted Permanently 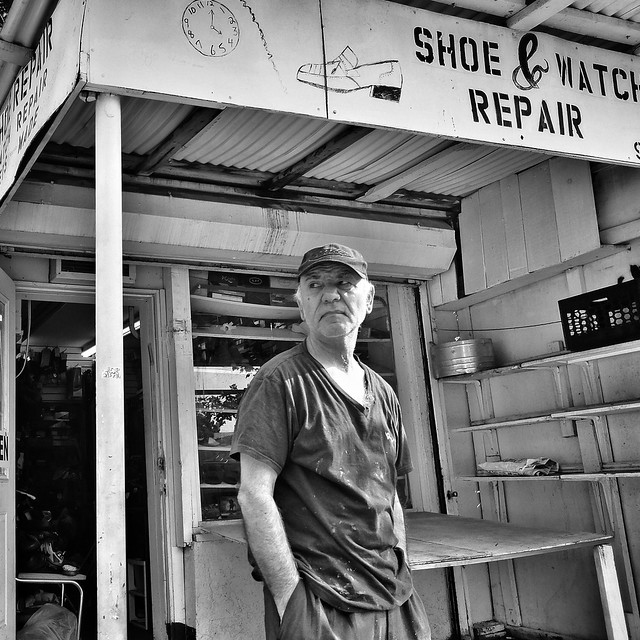 I took this shot on the way home from breakfast yesterday. He’s a cobbler who has a little shoe repair place on Cortelyou Road in Brooklyn, which a lot of us call the “Shoe Shack.” I’ve had him repair shoes once in a while. Anyway, I saw him outside his place (which is very rare), so I got my camera into position and snapped away as I passed him.

When I got to the next corner, I checked the back of my camera and was very happy at what I saw. I decided that I’d process the pix on my iPad on the way to work riding the subway. My usual workflow for my street shots is to send the images from my camera (using an EyeFi card) to my iPad and process them in SnapSeed.

The EyeFi is not a bad way to transfer images, but it’s an all or nothing deal. It’ll transfer all images that haven’t previously been transferred to my iPad, and that can take a long time. So, to speed up that process, I tend to delete some images from the card using the camera. You know, blurry shots and missed shots.

I went to delete a couple from this sequence of the cobbler and, because I wasn’t paying full attention to what I was doing, I ended up deleting the whole series. I nearly choked. The one shot I really loved from yesterday was gone.

Temporarily, I had to remind myself.

So, I stowed my camera and decided not to take any more images until I could get home and see if I could recover the deleted images by using some software on my computer. When I got home, I used an app called Data Rescue 3. I’ve had good results with it before and figured it’d work. After about a half an hour, Data Rescue was able to recover these deleted images perfectly. After which I sent this one to my iPad for processing and uploading. 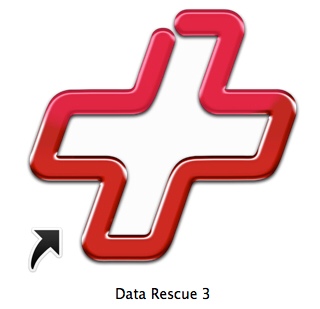 It was a dumb mistake because I wasn’t paying attention to the camera menu at the time I was deleting the bad images. It was a really dumb mistake because when I saw the image on the camera, I knew it was a keeper. My lesson is to not do that again with images I feel are keepers. Best let them all transfer to my computer/iPad and delete afterwards. I will probably still delete images from my camera, but you know I’ll be paying better attention next time.

Also, if you ever do the same thing, remember that your images are really not deleted, and can probably be recovered with software. The key thing to do is to retire that memory card for the day, meaning do not shoot anything more to the card. This will increase the chances that you can recover the images later. There’s no guarantee you will recover them, but if the card is left alone,,you stand a chance.

This is one if my favorite images and I’m very happy I was able to recover it and show it to you all. 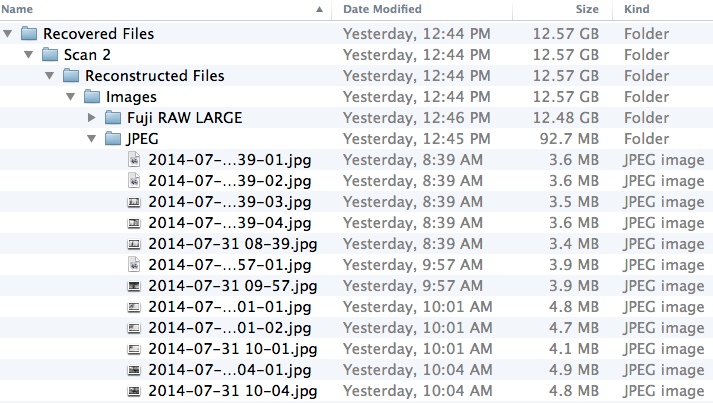