#Lightroom on the iPad: Useful? Fun? Or Just Snake Oil? 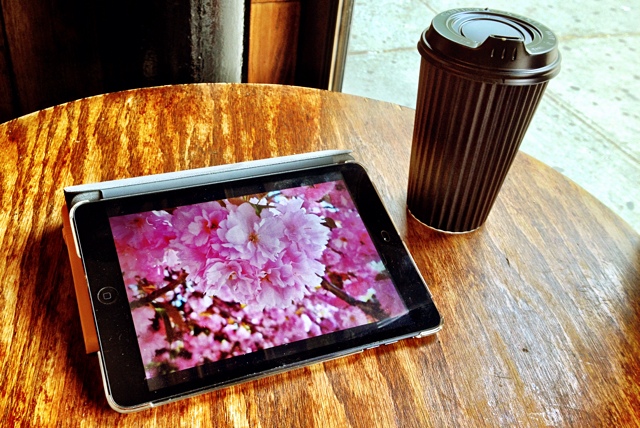 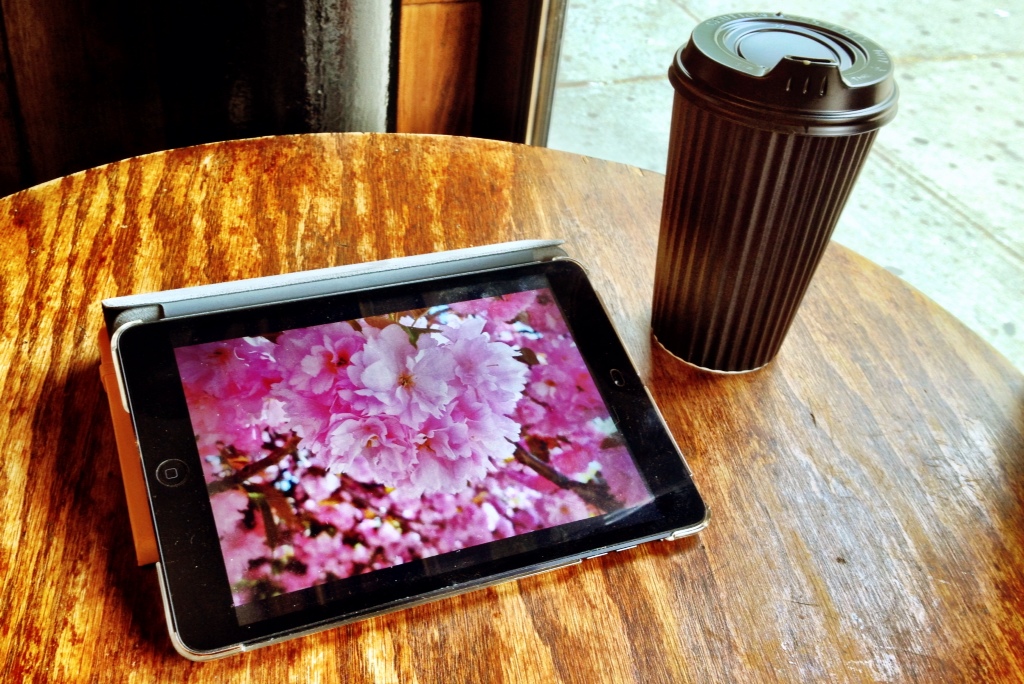 What do I think about the possibility of editing my camera RAW image files on my iPad? Frankly, I really don't think too highly of that idea, at least for the moment. Let me explain:

I love my iPad and iPhone and I really enjoy using these on a daily basis. I read my email on them, I scour websites, I tweet, I Facebook, I subscribe to magazines, and yes, I even edit my pictures on them (more on that later). I like that I'm carrying around one of these devices with me at all times (most of the time I have both). What I really like about these devices is I really never feel like I'm doing any work on them; it always feels like I'm playing. I suppose it's just the nature of these handheld devices that lend themselves to that experience. I'm holding something in my hands and using my fingers to push stuff around, kind of like finger painting.

When I hear that desktop apps like Lightroom are making their way to these devices, I'm first thinking to myself, this could be cool. It'd be fun to play with my pictures on my iPad, pushing those pixels around like so much goo. Unfortunately, I find the reality is far, far away from my fantasy thoughts. Very far. 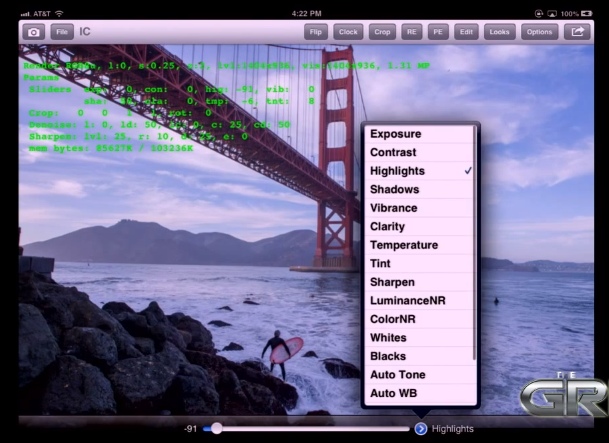 Here are some scenarios where I imagine an iPad/RAW workflow and my thoughts about them:

1 – Shoot images on a DSLR then transfer the RAWs to iPad. How? With a computer? Why bother transferring them? What's the point because you've now just doubled your workflow time? Also, tablet storage is a serious, albeit temporary, issue here. Rename and convert RAWs to DNGs (storage space again an issue here). Keyword and create collections & albums. That probably wouldn't be too bad once the images are on the iPad. Start to process RAWs. Ugh. Scroll around a 4000 x 6000 pixel image on a 7-9″ screen can be a pain. Well, a Retina display here would help. Still, that's a lot swiping across a tiny screen. Maybe it'll use smaller proxy images, but then can you view the images at a true 100 percent?. Also, the iPad screen isn't calibrated (more about that below).

After you process them, then what? Transfer the RAWs via wifi? That'll take forever. Copy them back to memory card? Can you even do that with an iPad? Connect it back to a desktop computer and transfer back into Lightroom with all the work done? But will you then need to double check the work now that you're back on a calibrated, big-gamut monitor? Maybe you now need to do further work in Photoshop. How is this better, faster or even fun?

2 – Shoot your RAW images then transfer to computer and convert RAWs to preview DNGs. Send them to an iPad. Go in living room to process images. When done, go back to computer and transfer images back from iPad to desktop. This makes sense how? Why wouldn't I just process them properly on a computer where everything is going to end up anyway? Well, maybe I want to sit near the pool to process them. Really? Have you tried to even read a book on the iPad in the sun? Can you imagine doing critical editing, outdoors with all the reflections of the screen?

3 – Here's a fantasy scenario. Shoot DNGs in camera. The camera also makes preview DNGs at the same time, like RAW + JPEG. The camera or memory card has wifi. The smaller preview DNGs get quickly uploaded to the Cloud. Lightroom on iPad can then access these smaller DNGs in the Cloud. You keyword, create collections, albums, websites, slide shows, maps, from the iPad having access to these cloud DNGs. This way, the iPad doesn't have to store the full res files. Also, you have access to some limited image processing, perhaps some basic global adjustments, white balance, clarity, etc. These edits are stored with the Cloud-stored preview DNGs. When you're back to your home desktop, you can download the larger RAW images from the memory card and sync those files with the Cloud preview DNGs, and voila! All the edits and key wording and global adjustments sync to the larger proper DNGs. Because you're only syncing metadata, the information transfer is fast.

[note: I wrote this before watching the Scott Kelby preview on Lightroom on the iPad. Seems that Adobe is thinking the same thing here]

The main problem with this scenario is that cameras will need to shoot in DNGs. Some cameras do this now, but the vast majority don't. I don't know what is wrong with Canon & Nikon in this regard. I wish they'd just get over themselves already. If cameras could shoot in DNG, one bottleneck to the RAW/iPad workflow has been solved because you wouldn't need to convert the images to DNG in the first place.

Now, I do use my iPhone and iPad in my photography workflow, but mainly to process and share images which I've taken on those devices themselves. So far I've found working on the iPad and iPhone with images images I've shot on them easy and pleasurable and it has little to no impact on my overall workflow.

My idea of workflow is to make work “flow” easier. Anything added to the “flow” has the potential to slow things down, or even plug it up completely. If Lightroom on a tablet is to be truly useful, it needs to not get in the way of your workflow. It needs to make things easier, not more complex. To augment and be seamless. Once workflow steps get duplicated or sidestepped, all the advantages of the iPad are removed. Workflow ceases its flowing and chaos is not far away.

There is no workflow solution I see here which would make anything truly easier. So far everything still involves the use of a desktop computer somewhere in between getting your images to the tablet or off the tablet. I don't have an solution to this dilemma, but from what I've seen and read so far, I don't think Adobe (or anyone for that matter) has one either.

By the way, you can see the preview of Lightroom on the iPad here. They are only showing the processing part of the app and nothing else, so don't get too excited.

As an important side note, fast-forward to 35:37 in the preview video. Here, you hear Scott Kelby say, “I think you should absolutely be editing on an iPad because that’s where everyone is going to be looking at your images.”

I won't get started here about how bad that “advice” is, but listen to me now: DO NOT LISTEN TO HIM. HE'S WRONG. VERY WRONG. Discuss this in the comments if you'd like. I might write up another post about this issue of calibration in the future.